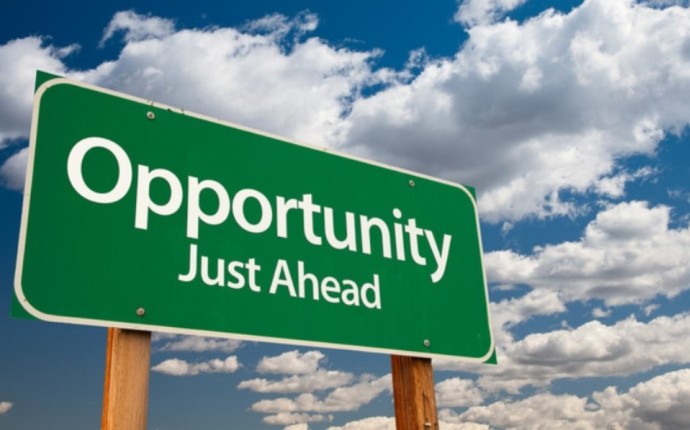 Editor’s note: This story has been updated with information about the proportion of Puerto Rico’s territory that is covered by the opportunity zone program.

When Daniel Zelonker, a South Florida broker who specializes in the sale of industrial buildings, looks for properties to recommend to clients, he confronts a challenge familiar to commercial real estate practitioners. While his clients often have a long time horizon for their investments, they want a solid return down the road in exchange for their patience—but the bite of taxes can stand in the way of achieving that goal.

“They have income they don’t need today, and they want to see their funds grow,” says Zelonker, the owner of Z Miami Commercial Real Estate LLC. “I have to give them something [attractive] to do with their money.”

Real estate professionals like Zelonker have a new tool to help match clients with opportunities that suit their investment goals. A relatively unheralded section of the 2017 federal tax overhaul offers patient investors a deal that could be too good to turn down. The launch of the qualified opportunity zone program means that in return for rolling over the profits from the sale of a capital asset like real estate or company stock into certain economically disadvantaged areas, investors can delay paying capital gains taxes on those profits through 2026.

What’s more, if an investor retains an opportunity zone investment for at least five years, 10 percent of the initial investment is excluded from being taxed. After seven years, that figure increases to 15 percent. “This is being called the biggest tax break in our lifetime,” says Tiffany Lewis, a broker with Synergy Properties in Spokane, Wash., who focuses on working with residential property investors.

Opportunity zones are similar in some ways to 1031 like-kind exchanges, which permit real estate investors to defer taxes on gains from the sale of a property by reinvesting the proceeds from the sale in another property within six months. A key difference is that 1031s do not allow investors to permanently exclude any portion of their profit from taxes, which the opportunity zone program allows for investments held for at least 10 years.

Zelonker say the program promises to turn properties once off the table for commercial property buyers into ripe acquisition targets for clients looking for tax-efficient ways to invest money.

To qualify as an opportunity zone, an area must either have an individual poverty rate of at least 20 percent and median family income of no more than 80 percent of the median income for the area where it is located or border an area that meets those criteria. An area designated as an opportunity zone based on its proximity to a low-income district has somewhat looser criteria: median income that is no more than 125 percent of that area’s median income. Zones are located in urban, suburban, and rural parts of the country.

Not every area that met the requirements ended up as an opportunity zone. The U.S. Treasury Department last April certified more than 8,700 opportunity zones from among all the census tracts in the United States. The governors of all 50 states and U.S. territories and the mayor of Washington, D.C., recommended the zones following a selection process that was inescapably political. Economic development organizations, civic groups, and other entities pushed their preferences knowing that officials were allowed to include only 25 percent of the areas in their jurisdiction that met the criteria.

Approximately 95 percent of the territory of Puerto Rico, which was heavily damaged by Hurricane Maria in 2017, is considered an opportunity zone, according to a February 2019 report from professional services firm EY.

According to research published by the Economic Innovation Group, a nonprofit, bipartisan organization based in Washington, D.C., that lobbied Congress to create the opportunity zones, the areas that were selected are typically more economically depressed than the law required. On average, opportunity zones have a poverty rate of 31 percent and median family income of just 59 percent of the area median, the organization says.

The promise of deferred taxes on capital gains and a potential tax-free profit down the road represents a powerful combination of incentives for investors at all levels—not only developers with large amounts of capital, says real estate attorney Adam Yormack, a partner at Escalante Yormack Law in Miami. “If you want to invest in and substantially improve a property, this is a huge opportunity. It’s changing the whole landscape,” says Yormack, who consulted with a variety of individual and institutional investors excited by the opportunity zone program. “The benefit is there for anybody who wants to invest in an up-and-coming neighborhood” that has an opportunity zone designation.

Investors do not need to live in an opportunity zone to invest in a fund that intends to invest in it. But it is critical to evaluate an area’s growth potential and the level to which it is already receiving or slated for public and private investments before deciding to invest money there. “You need to know the zoning laws and where the developable lots are,” says Lewis.

Teya Moore, principal broker with Benjamin and Banks Real Estate in Bowie, Md., says opportunity zones are particularly attractive to investors interested in commercial projects such as shopping centers and housing developments. “Investors are not usually interested in scattershot development that takes place house by house,” says Moore, who is also an attorney.

Lewis agrees. The requirement that opportunity funds dedicate a large portion of their investments to improving property they invest in means that fund managers are unlikely to be interested in acquiring individual homes unless they plan to demolish the property and replace it with a new commercial or residential project, she says. “It’s not that often that you buy a house for $100,000 and spend another $100,000 on renovating it.”

Yormack advises counseling clients who may be excited by the prospect of investing in an opportunity fund not to let the tax benefits cloud their judgment about whether the investment makes sense. “No one should be doing a deal if it doesn’t stand up on its own,” he says. Determining whether to invest in an opportunity zone should involve an examination of the factors that could impact the area’s future economic prospects, says Veronica Malolos, a broker with NAI Realvest in Orlando, Fla. These factors include zoning restrictions and the condition of public infrastructure such as roads and utilities. Investors should also take into account whether the local government is investing in services such as public safety and schools or plans to do so. “Opportunity funds are not for someone who doesn’t have the patience to do the research to be sure it’s truly an opportunity,” she says.

While opportunity zone investments can revitalize parts of the country that are behind the economic curve by attracting capital to areas that otherwise wouldn’t receive it, they can also pose negative consequences for communities, says Malolos, who serves as chairman of the county planning commission in Osceola County, Fla. Among her concerns is the possibility that existing residents of an opportunity zone find themselves unable to afford to stay as existing housing stock is displaced by newer and possibly more expensive inventory or redeveloped for nonresidential purposes, she says.

“REALTORS® have to make sure we have a voice in reshaping our communities and making sure there is equal access for everybody,” says Malolos, who is also a former chair of the housing opportunities committee at the National Association of REALTORS®. “New development can mean that all of a sudden people have to move out, and the rich simply become richer.” Malolos hopes to counter this issue by taking an active role in developing public policies governing how areas she works in evolve.

A Boon for Residential Neighborhoods?

Despite these apparent marketing advantages, some are concerned about the designation of opportunity zones in areas that hardly need them in order to prosper. “While the definition of some of these census tracts suggests they are downtrodden, it’s not always true,” because a region can be economically vibrant despite what the statistics suggest, says Sheri Orlowitz, founding partner of Artemis Holding Group, an investment advisory firm in Washington, D.C., says.

The section of Queens in New York where e-commerce giant Amazon.com had intended to build a new headquarters, for instance, is labeled an opportunity zone yet is thriving, according to Orlowitz. The site is located in an area close to pockets of poverty. Amazon announced Feb. 14 that it had canceled its plans because of opposition from local lawmakers and the public.

Still, by and large, the OZ program is poised to transform communities across America that have been long been shunned by investors. The generous tax incentives that underpin the program make it possible for investors to come out ahead even if an investment yields a lower return than one in a more economically vibrant area might generate, says Brad Alexander, a senior adviser in the Atlanta office of McGuireWoods Consulting. “Opportunity zones are powerful tools that have a public purpose because they encourage investments in places that may [otherwise] be tough to invest in.

What Can We Help You Find?