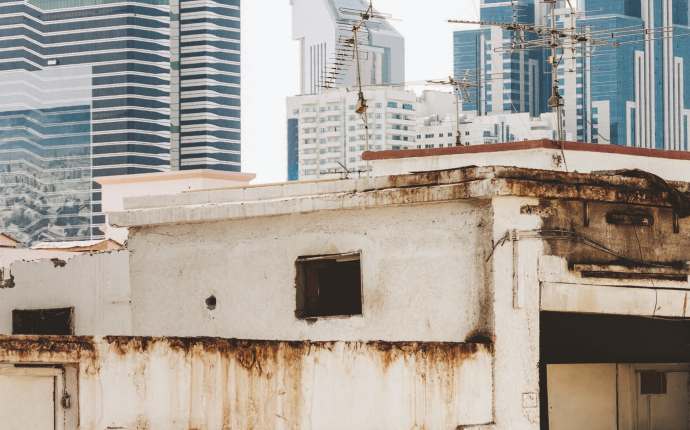 An understated section of the January 2018 Tax Cuts and Jobs Act can either mean the greatest land rush since unassigned Oklahoma lands were open to settlement in 1889 or the next great Tenant-In-Common fiasco, which deflated spectacularly during the Great Recession. Take your pick!

We’re talking here about opportunity zones, which were established to encourage long-term investment in low income areas through tax relief. The idea is that investors could take profits from any capital asset—not just other real estate—invest in economically disadvantaged areas and delay paying capital gains. However, unlike in the old tenancy in common investments (TICs) program or the now popular Delaware Statutory Trust Investments (DSTs), it is a requirement to first put these capital gains in an investment vehicle generically called opportunity funds.

As for the physical opportunity zone, it must have an individual poverty rate of at least 20 percent and median family income of no more than 80 percent of median income for the surrounding area. Governors of all 50 states and U.S. territories recommended sites with the U.S. Treasury Department, certifying 8,700 opportunity zones. This means there is plenty of land to work with.

As a result, it is difficult to find a commercial real estate developer who is not planning to enter the opportunity zone fray, becoming a boon to brokers across the country, who are working with newly formed opportunity funds and looking for potential targets.

“We are involved with two opportunity zone deals and in the middle of negotiating for a third,” reports Scott Hensley, SIOR, president of Piedmont Properties of the Carolinas Inc., Charlotte, N.C. “In regard to one of our deals, 55,000 square feet of adaptive re-use for a brewery, office, and other uses, that would have happened anyway because the market was there. Having 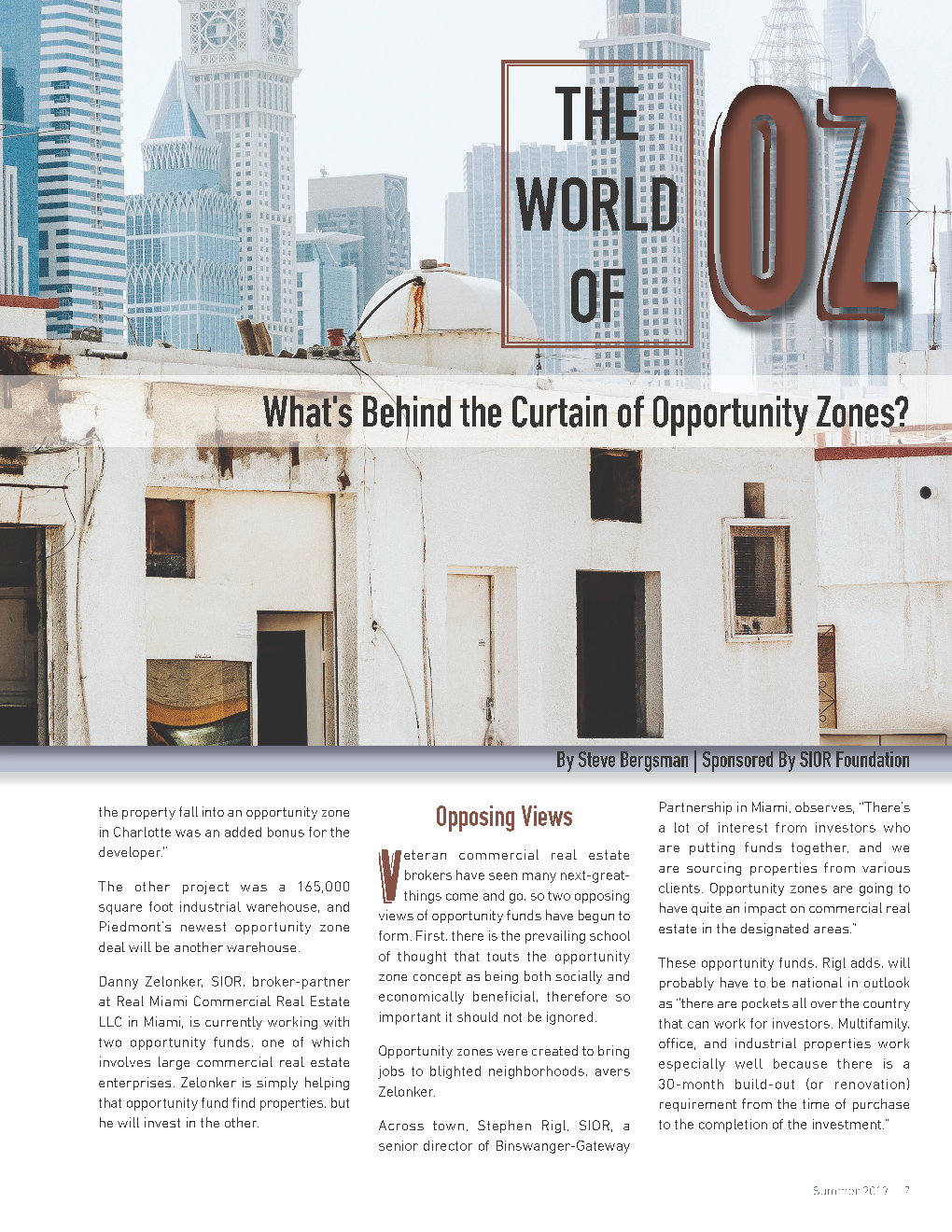 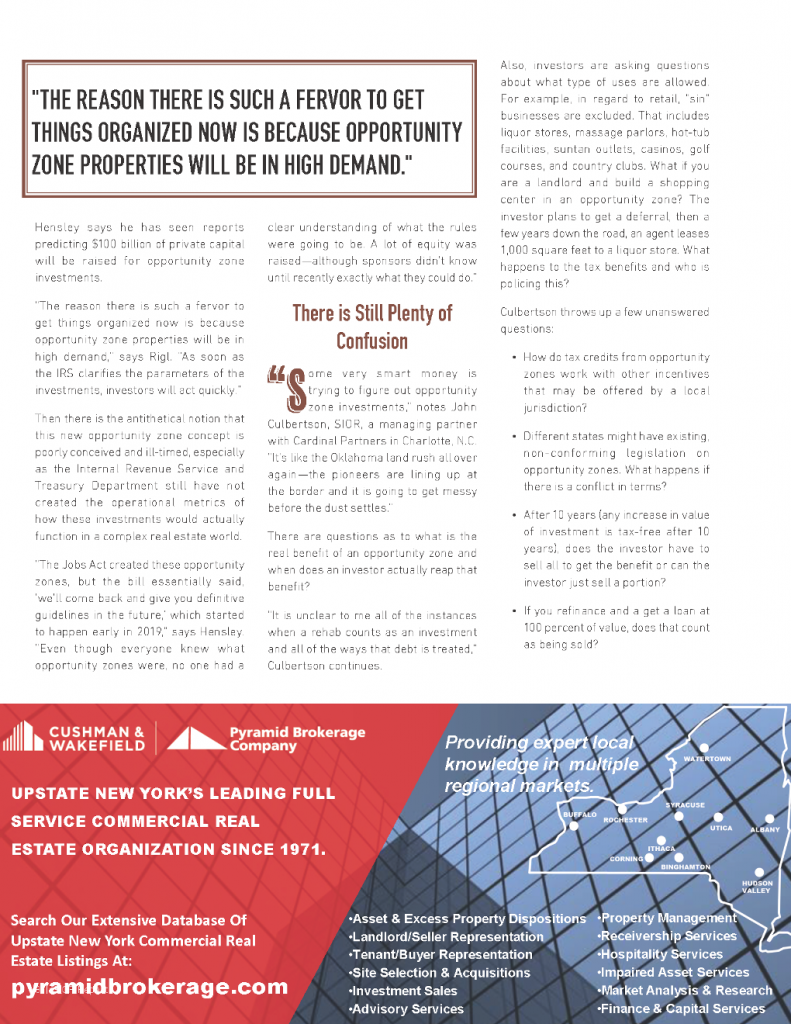 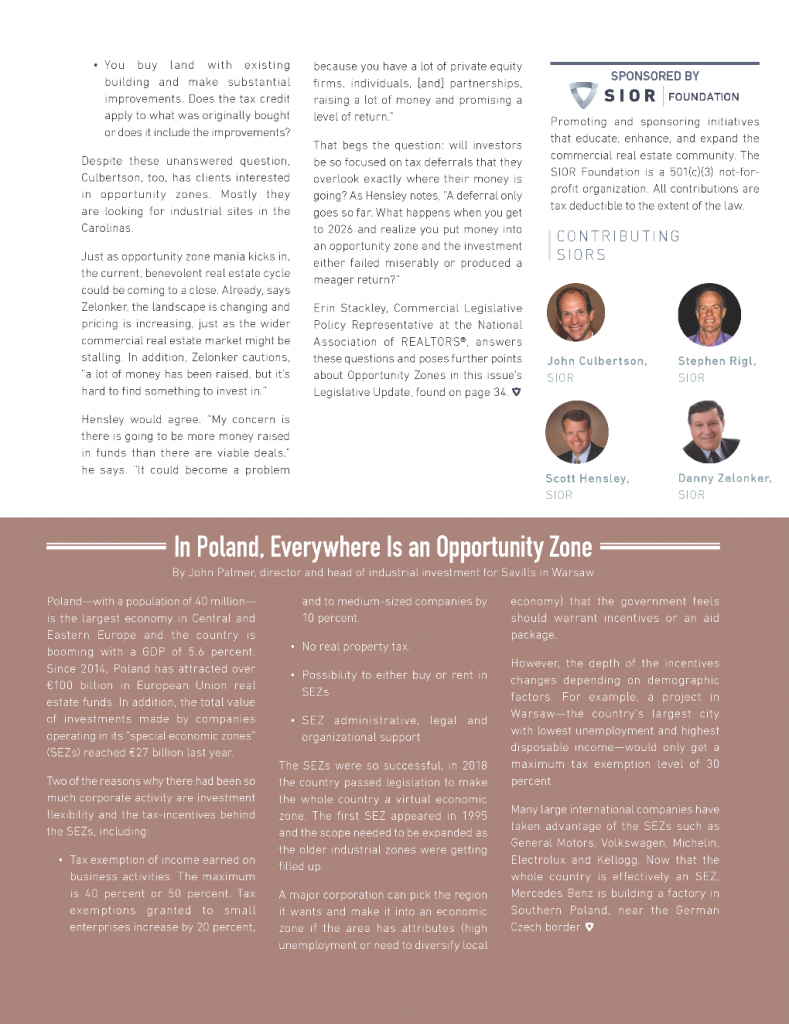 What Can We Help You Find?